Three out of four wins for the Senior Debate Team so far! 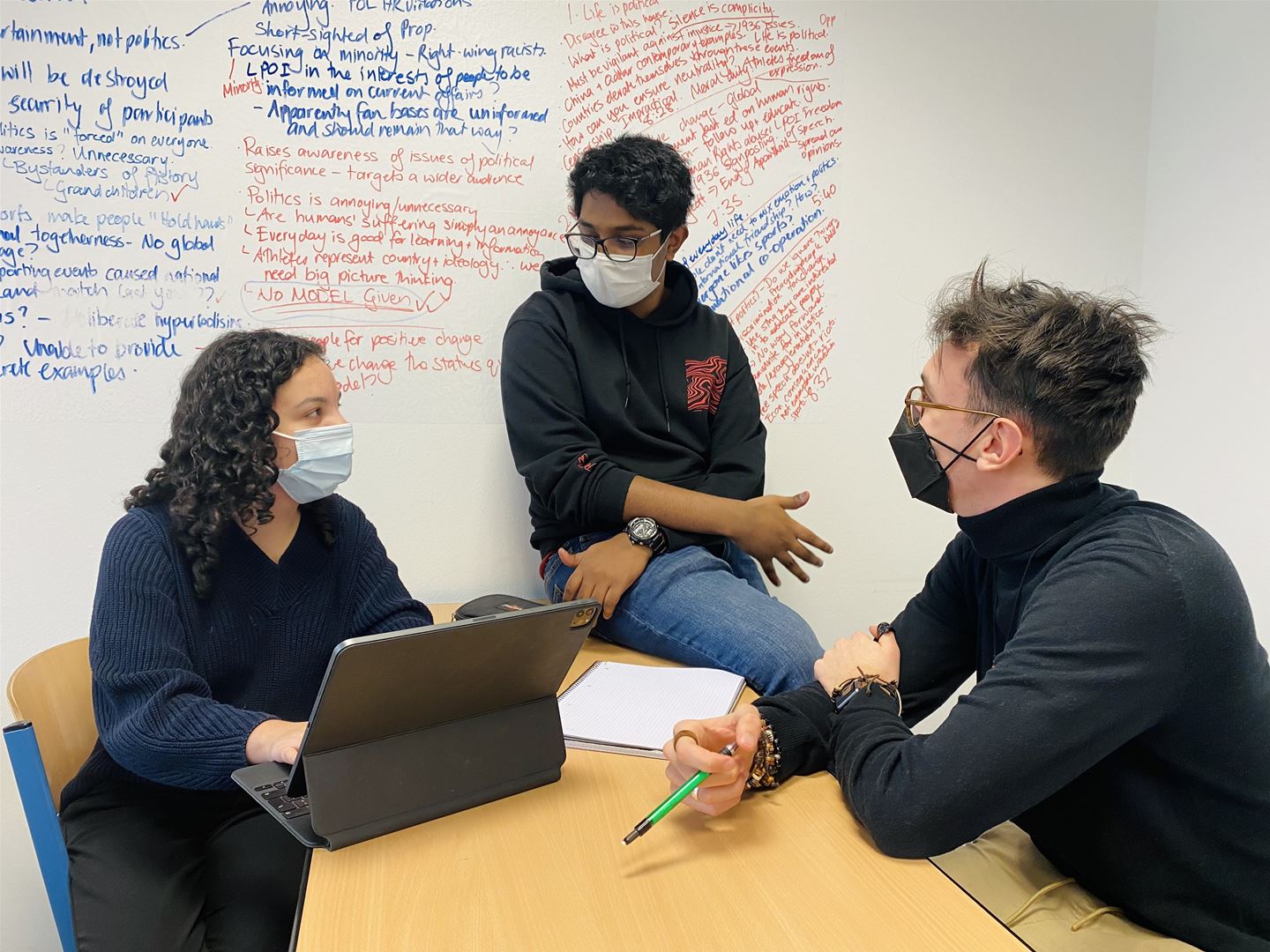 If Germany has an undeveloped economy, then how does the Eurozone work? - and other such questions.

Good afternoon and welcome back to the DSG Senior League Tournament for the third and fourth rounds. On Saturday 5th of February, the Alpha Team of Francesco, Mihir, and Yasmin was at school nice and early to build on the Team's first-round win back in November.

We started the day with the impromptu debate, opposing the motion: This House believes that international sporting events should remain depoliticised. With one hour to prepare, ISF was able to come up with a cohesive team strategy, focusing on the role of politics in civil society and the need for everyone to be aware of, and educated about, events of global significance.

Taking the team line of ‘Silence is compliance’ (credit to Martin Luther King Jr.), our first speaker Francesco successfully refuted side proposition’s main point that politics were ‘boring and unnecessary.’ He then went on to talk about how important politics are in society and how it is our duty as global citizens to stand up against injustice. Mihir continued this line of argument, further highlighting the opportunities for global awareness and education, as well as the power of using politics for positive change. Both speakers used examples of past Olympic Games to highlight the impact they had on Nazi Germany and Apartheid South Africa. Yasmin succinctly and successfully summed up the Team’s case, further highlighting the importance of global awareness and political education.

‘Surely sport provides us with an excellent medium to reach millions of people?’ This question, combined with the Team’s other talking points, helped the Alpha Team to their first, unanimous, victory of the day. We were off to an excellent start.

After a break for lunch, we moved on to the second of the day’s two debates. This time it was the prepared motion which we were proposing: This house believes that executive managers of private companies should be elected by their employees.

Francesco started us off, first outlining the economic pitfalls of bad managers, before proposing a model that would be used to ensure that bad managers would no longer be a burden. More motivated employees are unquestionably the best. Mihir continued with this line of argument, building his ethos with the information that such systems are already successfully in place in countries such as Denmark, France, and Germany. He also successfully refuted the opposition’s claims that the workers would be overburdened with unnecessary democratic processes.

After a rather heated second speech from the opposition, Yasmin calmly set about reconstructing the Team’s case. With focus firmly on the well-being and motivation of employees, as well as ethical business practise and profit margins, it was hard to see how the opposition would refute this. They certainly tried to do so, arguing that the model proposed was impractical, especially in undeveloped economies, such as Germany - perhaps forgetting Mihir’s previous example. This lead Mihir to question in his reply speech: ‘If Germany has an undeveloped economy, then how does the Eurozone work?’

The Team’s cool, calm, and collected approach, combined with good supporting examples throughout, led them to their second unanimous victory of the day. An excellent result.

We now stand at three wins from four debates in the tournament so far.

In both debates the team was complimented on their cohesive strategy, style, talking points, use of examples, and teamwork. All four adjudicators were impressed with the skills the Alpha Team displayed, a testament to their preparation and hard work.

Thanks must go to the Senior Debate Team for their feedback and support. Special mentions go to Momo, Bennet, Shauryadip, and Ishani, for their excellent preparation and performance in the Mock debate. Thanks also to Ms. Hannon and SLO for excellent snacks, and to Ms. Rader and the Hausmeisters for enabling us to be together at school during the holidays.  And of course the biggest thanks of all goes to Ms. Holt for running and guiding the Senior Debate Team.

Our next rounds of competition will be taking place between the 18th – 20th of March and will feature debates on whether universities should continue to award places based on merit, and the ethics of foreign land ownership in developing countries.

For all this and more – stay tuned!