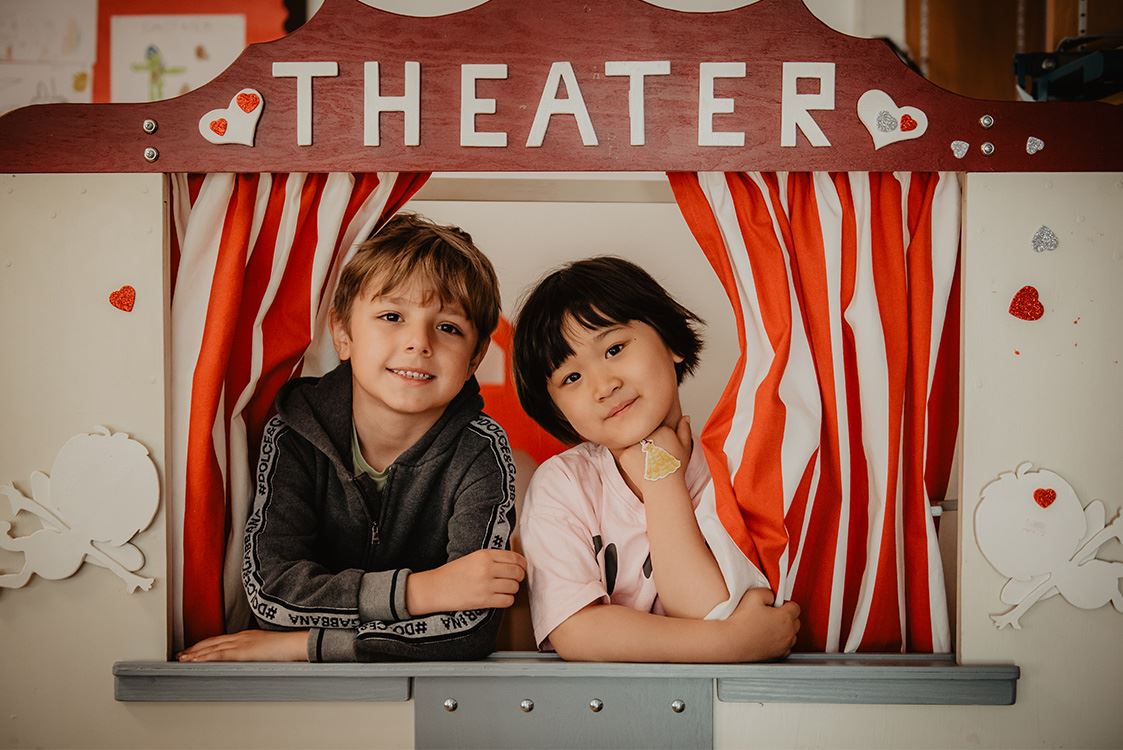 ISF students have been performing on stage since 1998 when the school moved to its current site with the purpose-built theater. Talented musicians showcase their skills at the annual Sommerfest, which now includes a classical concert as well as a talent show. ISF Kindergarten and Primary School students perform twice a year at summer and winter concerts. Talented individuals are also invited to perform in front of their peers at these concerts. The ISF Music Department also organizes Salon Concerts to help musicians gain confidence in performing to a small audience.

We offer an exceptional strings program to ISF students, some of whom have successfully competed in the German regional music competition “Jugend musiziert.” Throughout the years, the ISF Music Department has also offered additional private instrumental or vocal instruction to those interested. Music ensembles and instruction on instruments such as guitar, keyboard, brass, woodwinds, strings, or vocal ensemble are also offered as part of the SLO® activity schedule.

Every year ISF students sit for music examinations from the Associated Board of the Royal School of Music (U.K.), frequently earning honors or distinction.

Integral part of the ISF Curriculum

The ISF Music Department offers students in Kindergarten through Grade 12 a context within which to develop their understanding and love of music. Students in grades 1 through 8 cover a general music curriculum, and students in the ISF High School have the opportunity to pursue further music studies at the IGCSE, AP®, or IB level.

ISF students from grades 4 to 12 have the opportunity to participate each year in drama productions.

The ISF campus includes a large, purpose-built theater that accommodates an audience of up to 350 people.  The theater includes state-of-the-art lighting equipment as well as professional-standard projectors mounted on lighting bars for productions.

ISF offers a number of theater-related activities through I’DAT, ISF Dramatic Arts Theater.  Junior Stage (grades 4-6) and Senior Stage (grades 7-9) run as full year activities and the groups perform each year in Term 3. The Senior Stage group also offers students the chance to learn improvisation and prepare monologues.  In addition, there is a tech crew for high school students interested in working backstage.

The ISF school music is one of the highlights of the year. Past musicals have included "Peter Pan," “Grease,” “Mama Mia,” “We will Rock You," and "The Fantasticks."