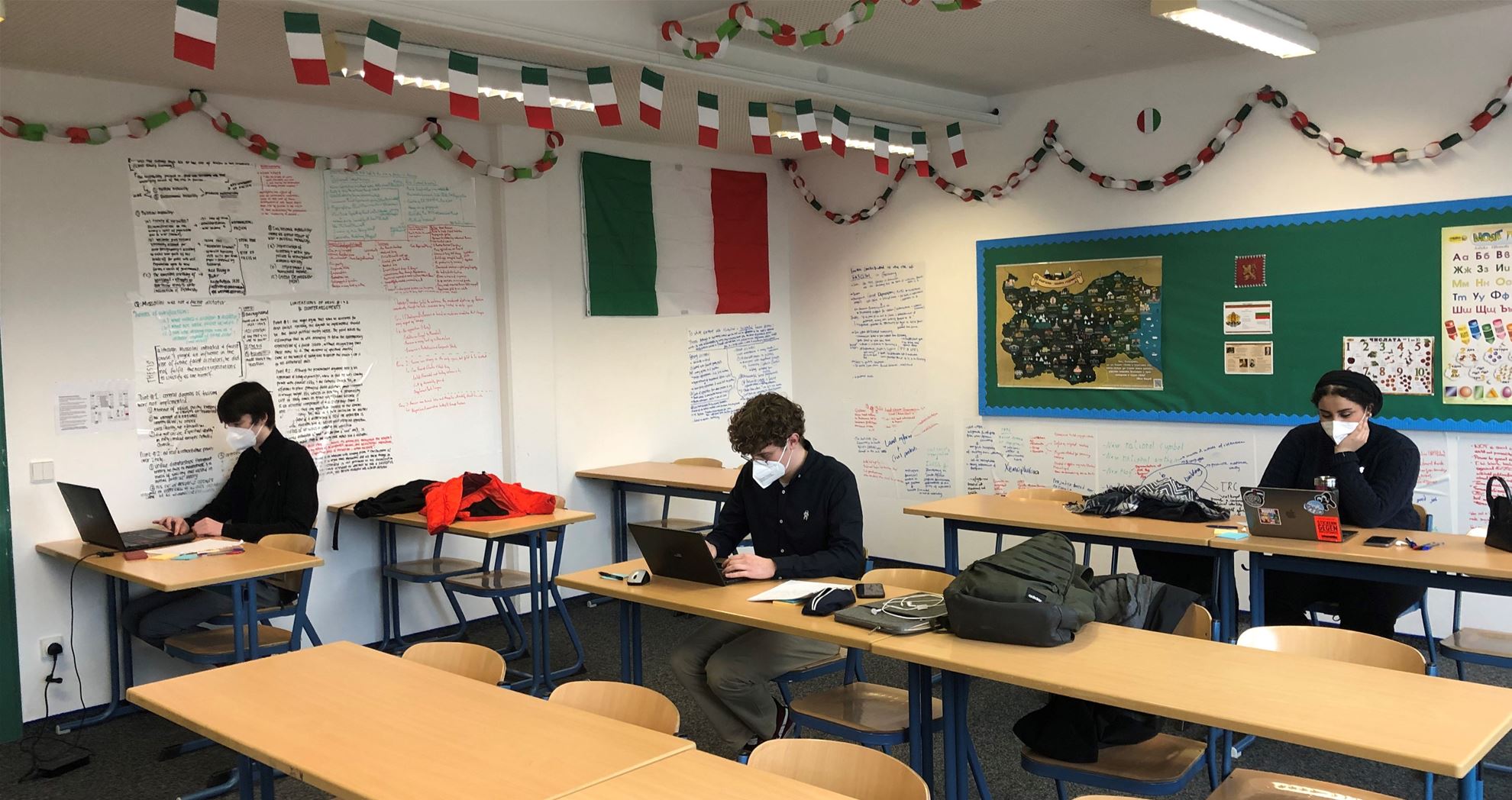 Congratulations to the Senior Debate Team who won both of their debates in the second round of the Debating Society of Germany (DSG) Senior League competition last weekend. Max, Amal and Eddie were rewarded for their hard work with two convincing wins over Taunus Bad Camberg and GBG Winnenden.

The first round was the impromptu debate. Students receive the motion one hour before the debate starts and have that time to prepare their line of argument and to write their speeches. They are not allowed to use any outside sources during the preparation time.

The motion for this round was: This house believes that trade unions should prioritise the objective of fewer working hours over higher wages. ISF was on the opposing side of the debate and managed to successfully convince the judges of their point of view.

The second round of the day was the prepared round. ISF was side proposition (supporting) the motion: This house regrets the rise of true crime entertainment. This was an interesting motion and ISF presented a very convincing argument and winning their second debate of the round.

Well done to Max, Amal and Eddie on their preparation and excellent performances on Saturday. All the judges were very impressed with their speaking style, content, and engagement with the motions.

Thank-you to the members of the Senior Debate Team, who did an excellent job during research and the mock debate in preparation.

All the best for the next round of the tournament!