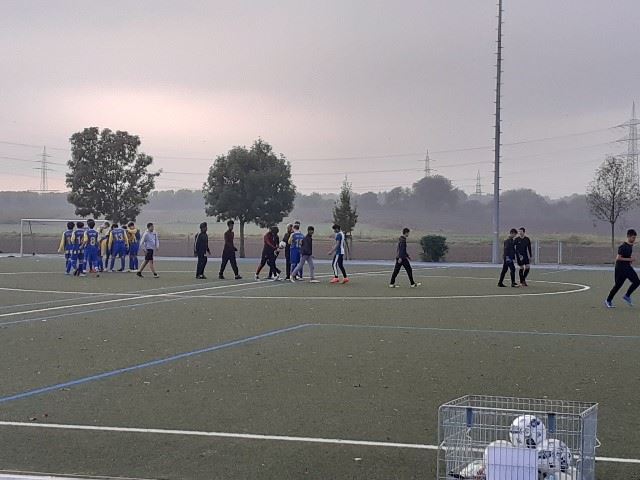 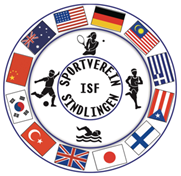 For this friendly, both teams decided to play three periods of 25 minutes each. However, we ended up reducing the third period to 15 minutes.

After the official opening ceremony when both teams walked together onto the pitch and the hosts greeted and welcomed their guests, the first period started at about 16:40. Very quickly, ISF tried to take control of the match with high pressing, decisive passing and direct play. At this early stage, Lukas missed a glorious chance to open the score. The hosts were reduced to counter attacking football. It was not long before ISF took the lead and kept control of the match, indeed of all three periods.

This was an energetic and pleasing first friendly against a capable opponent. However, on that day, ISF had just too much quality and trickery for the guests. Particularly impressive were Pedro, Antoine, Falko, Lukas, and Etienne in spite of a minor injury. It was a satisfying game and a useful workout for ISF Varsity Boys U18 as they prepare for the GISST Tournament. They ended the match as deserved winners.

The goal scorers were:

A big thank you to a small group of fans led by Mr. Lehmann and Ms. Holt who came to support the team.