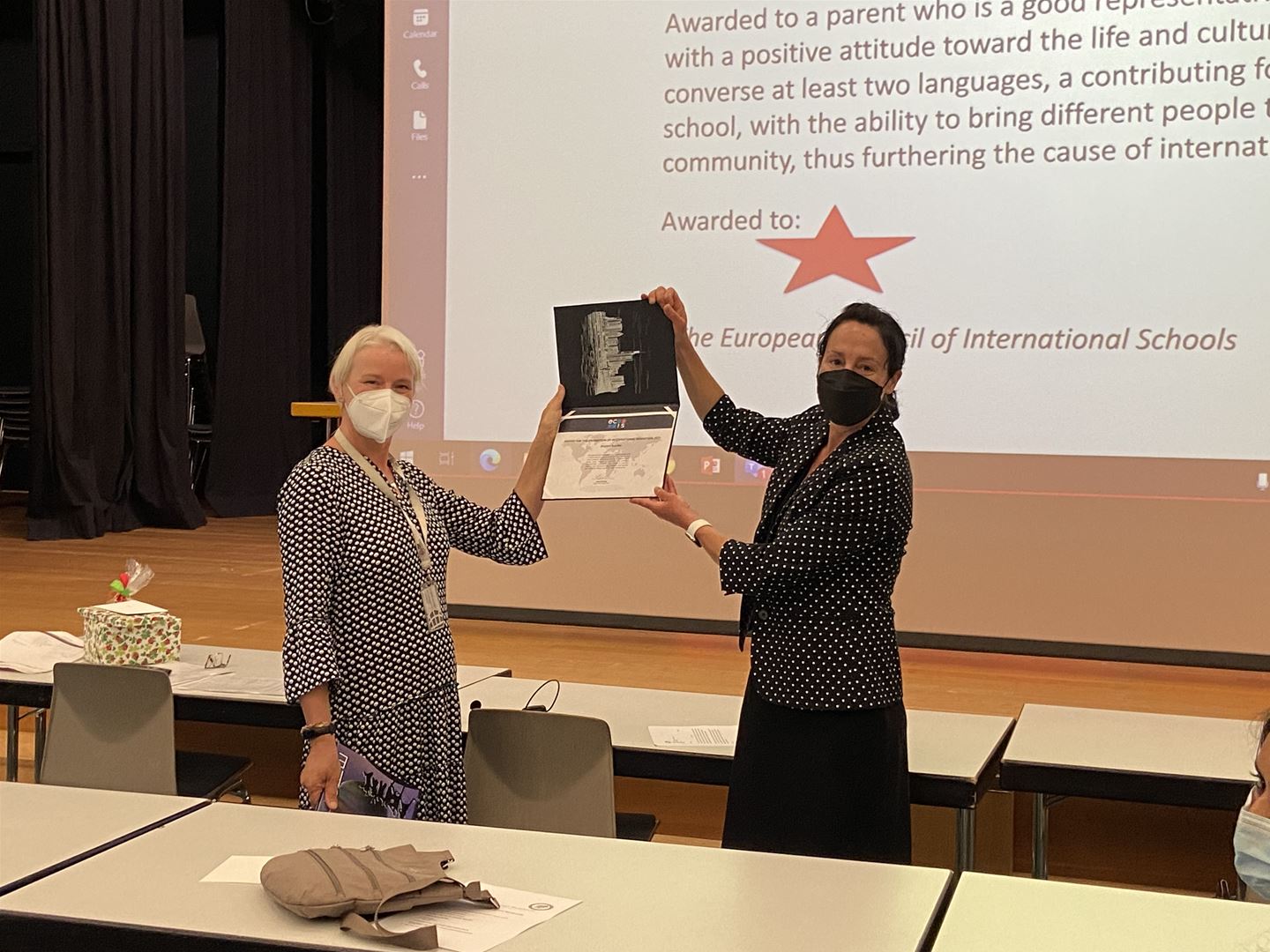 THE ECIS PARENT AWARD GOES TO…

As a member of ECIS (the Education Collaborative for International Schools), we can nominate members of our community to receive awards each year for their contribution to ISF and our international community.

The second award we should like to share with you this year is the parent award: The ECIS Award for the Promotion of International Education. There are many parents that support ISF getting involved in the Parent Network and many activities throughout the year, but this year it was quite easy to select our winner. Especially at this person came to the end of her role as an ISF parent this year.

Sharon became part of the ISF community back in 2017. During her children’s time at the school she has been a very active and extremely valuable member of the ISF family. Sharon joined the Parent Network originally as a Grade Representative, but moved on to take over the role of President. And what a great president she was! Her dedication to the role is an inspiration to us all.

The Promotion of International Education Award was designed to recognise those adults involved in the international school community who actively promote and champion international education, from board members to parents to key stakeholders, and more.

We are delighted to present Sharon this award as she embodies what this award represents. Not only promoting and enhancing international education, but also fostering a positive rapport and understanding between and among the culturally diverse students, staff and parents.

As her son graduated this year, so Sharon moves on to pastures new. We will miss seeing Sharon around at ISF, her positive and pragmatic attitude as well as her kindness.

“When I joined the school last year, Sharon was an enormous help to me” said Corina Rader, School Director at ISF. “She did a great job of connecting the school with the parents and really enabled us to hear their voices, which of course was invaluable during the unchartered challenges we all faced throughout the year”.

Thank you Sharon for all you contributed to ISF. We wish you all the very best for the future.