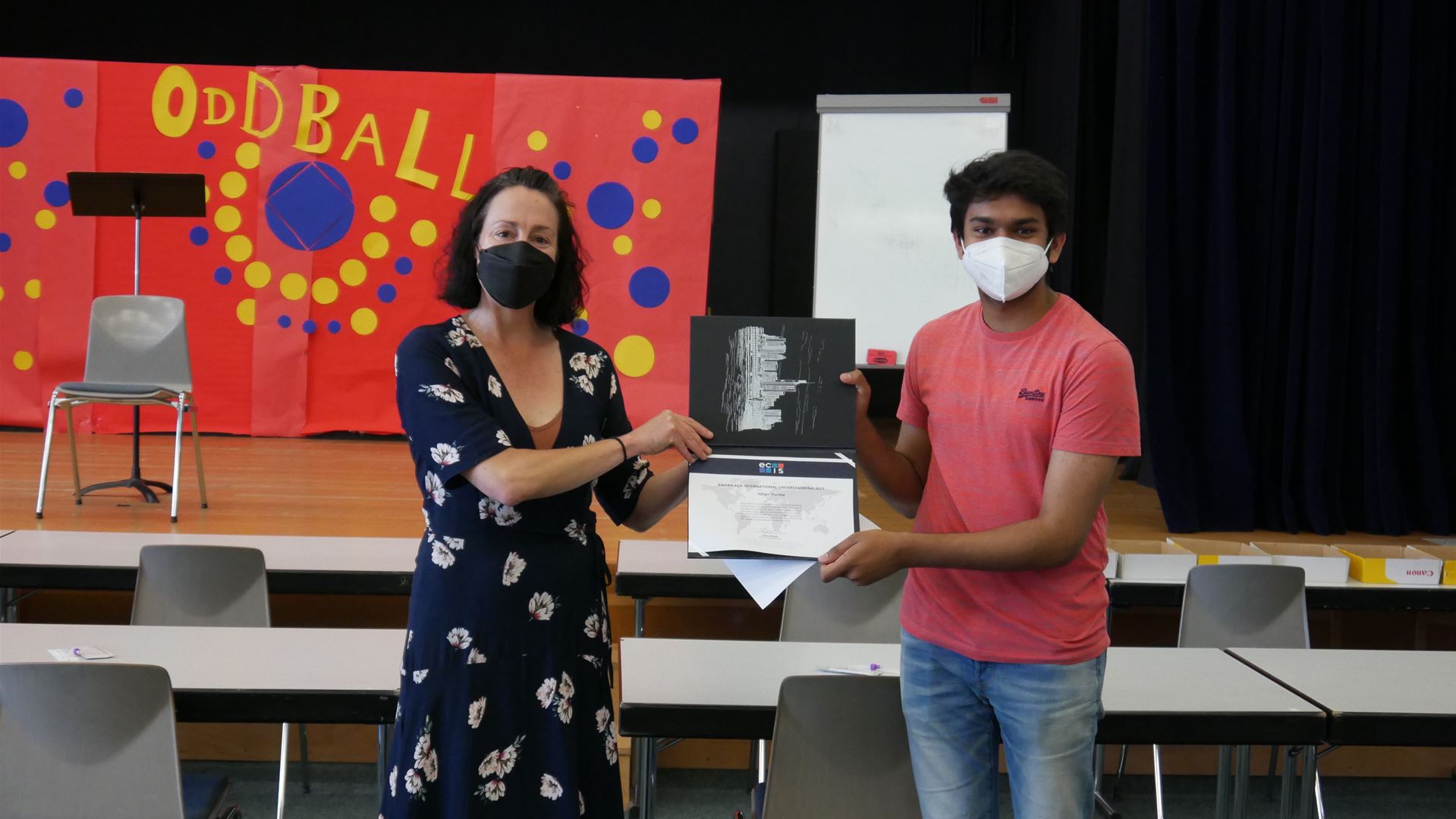 As a member of ECIS (the Education Collaborative for International Schools), we can nominate members of our community to receive awards each year for their contribution to ISF and our international community.

The first award we should like to share with you this year is the student award: The ECIS Award for International Understanding. With so many great students at ISF, choosing one individual for the award was very tricky, but the staff managed to come to a unanimous decision.

The ECIS Award for International Understanding goes to…

Ishan joined ISF in Grade 5 back in 2015 and has shown all of the qualities of furthering the cause of international understanding that the award represents. Now in Grade 11, Ishan is a very active member of the school community, holding the SLO® Deputy Head Prefect position, running the Academics department for the last year. In this role, he has made a great contribution to life at ISF, especially during the changeable and uncertain times of the COVID-19 pandemic. Leading his department, he has supported students throughout the school academically by coordinating peer tutors and organizing group study sessions. He also did a great job of bringing our international community together, for example with the 25th Anniversary Quiz, which he created and lead through the group stages, semi-finals and finals this school year and at our virtual Sommerfest.

Of Indian origin, he is a good representative of his country, while his positive attitude toward the life and culture of others, enables him to integrate into the truly international community throughout the school. Ishan more than fulfils the award eligibility to speak at least two languages by being fluent in English and Hindi, as well as C1 level in German.

“I am delighted to see Ishan presented with this award” said Usha Srivastava, Academic Coordinator for Middle School. “I have known Ishan since Grade 5 when he joined our school, he is an absolute pleasure to have in the class and goes above and beyond to contribute to our school community. Well done Ishan”.